The most venerable manufacturers of smartphones slowed down a bit this year, giving way to competitors from China, who surprised the world with interesting projects. Will it be the same in 2019? Or maybe brands such as the Samsung Group, LG Electronics In, Motorola Inc. or the transnational corporation Sony will be able to regain their positions?

The company from the Middle Kingdom Oppo Electronics Corporation has released Find X and R17 Pro samples with a ToF webcam.

Another company of the BBK Electronics group is Vivo Communication Technology Co. Ltd demonstrated the Nex range of smartphone models. The novelty is released with a retractable front lens or an additional screen at the back.

Nubia (a branch of ZTE) has implemented such solutions in phones a bit earlier. Concerns Xiaomi (Mi Mix 3), Honor (Magic 2) and Lenovo (Z5 Pro) made a bet on the sliders.

Huawei giant added its five kopecks, promoting triple lenses. In the Mate 20 Pro, the company’s engineers did not implement numerous advanced technologies. This is all well and good, but let’s see what users and experts will be offered by well-known smartphone makers next year. It’s time to declassify their plans.

Folding displays and 5G
The greatest hopes can be associated with Samsung. Koreans have already announced folded mobile in November. The novelty is equipped with a visual panel Infinity Flex, which is one hundred percent will be mounted in subsequent gadgets of the company. The problem may be only in price.

In some specialized editions it is said that the newest Samsung communications device with a foldable and flexible OLED can cost between 1500 and 2000 dollars. Slightly cheaper will have to pay consumers the brand for the newest Galaxy S10. A smart gadget with the tenth symbol will have the option to connect the fifth generation of cellular communication. This telecommunications standard is already available in some countries.

Another Samsung announces the basic version of the Galaxy S10, as well as versions of Lite and Plus. Even cheaper samples will receive dual main optics, and in the case of top products, this is a triple and four-seater module. The fingerprint scanner and the Exynos 9820 system are already taken for granted.

LG in the footsteps of colleagues
In the case of LG, there is no specific information about the plans of the corporation. However, it is known for sure that its creators will not pay attention to new Chinese devices. There are rumors about similar monitors of their countrymen and the ability to connect 5G. LG employees like to do everything in their own way, but now they need to focus primarily on the rapid promotion of new products for sale.

What is preparing a SONY?
Sony Mobile has now completely changed the design of the Xperia series. Finally, the light saw a device with an OLED panel (XZ3) and it caused a big stir. The most interesting results of the Japanese were the new lenses, a dual imitating ISO module and a 48-megapixel sensor.

Next, the electronics manufacturer should combine the above innovations in future models. Change the format of information devices to the proportions of twenty one to nine. They will appear in smartphones Xperia XZ4, they will be additions in the style of an improved vibration mechanism and touch frame.

I wanted the company from the Land of the Rising Sun to remember the Sony Ericsson PLAY phone and offer it a spiritual successor that fits perfectly into the trend of gaming devices.

Taiwanese trail
AsusTek Computer Inc will receive a new guide next year, which plans to focus on the smartphone segment for gamers. In ROG Phone will improve the gameplay and upgrade the line of mobile phones ZenFone, making a more original design.

HTC’s completely different way
HTC Corporation will not ignore the neighbors, because the manufacturers of smartphones from the Middle Kingdom are now at the forefront. And the Taiwanese have invested a lot of energy in the Exodus project, which is based on the blockchain technology. While the niche is not occupied, but the development of a structure based on the idea of ​​a chain of blocks will be able to pay off in the long term and definitely bankrupt its performers.

How does Motorola Inc feel?
Motorola, of course, will not abandon the modules in the near future, especially because it has developed a removable version. This could be one of the key advantages of the new flagship of the Moto Z line.

What to expect from Google?
It’s time to confirm that Pixele is really high quality hardware. The search engine introduced several new mobile phones. But they have problems with handling basic functions and voice calls. Americans hope to “polish” a number of their samples. It remains to wish them good luck.

Finnish breath of freshness
Some hopes are connected with Nokia 9, it can not be shown to people since 2017. The HMD Global shell should stand out, first of all, with PureView branding. It will consist of five sensors. 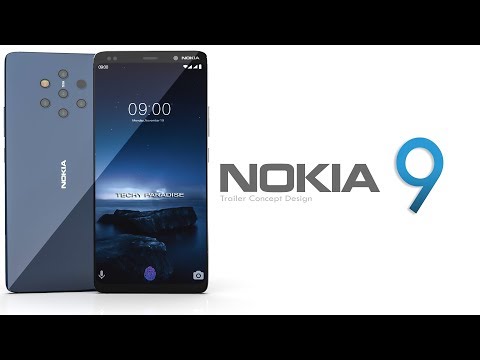 The presentation of the smartphone was postponed in order to better refine the unusual main camera. It remains to hope that the Finns do not exaggerate the cost of new items that will come to the market with the old assemblies.

Belief in South Korean brand
Critics had the impression that breathing in the back of Chinese corporations would make Samsung surprise the world with its developments. The Galaxy A line has good chances, and the time has come for innovative products of the flagship series. There is an assumption that the manufacturers of smartphones will install revolutionary nodes in the phablets in their new products and arrange a healthy rivalry between themselves.